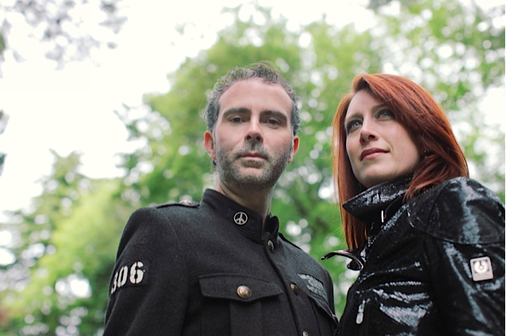 Join famed tenor Ciaran Nagle of “The Three Irish Tenors” and fiddler extraordinaire Tara Novak for an entertaining and life-changing weekend with the music and culture of Ireland.

Part of Ciaran’s gifts as a performer is his storytelling. Nothing conveys the mindset, attitude and spirit of the Irish better than a good joke, story, or song and Ciaran is the master of them all.

In this workshop you’ll not only learn to perform Irish music with an authentic lilt and accent, but you’ll learn the customs of the “session” - how to participate successfully in an impromptu Irish musical gathering as a leader or a sideman.

Focused on musicians and educators from classical and other musical genres wising to gain an understanding of Irish Music. Open to fiddle, voice, bodhran (or other drums), pipes, whistles, harp, guitar, mandolin and accordion, The Music of Ireland will concentrate on 10 must-know Irish tunes and songs. 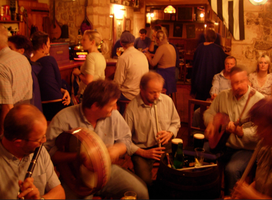 The Workshop will also include performances by Ciaran & Tara, student performances, and instruction in the basic dance steps of Ceilidh.

There will be discussion on selecting a set list, how to prepare for performance, simple ways to arrange tunes and songs, how to get bookings, plus chats on the art of performance and the history of Irish music.

This invaluable workshop, taught by a musician, producer and agent with nearly two decades worth of experience, is intended for both amateur and professional musicians and singers, working in all genres and styles. 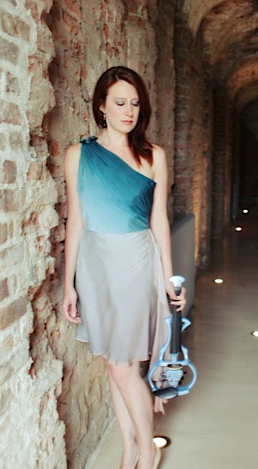 Although originally from a classical background, multi-instrumentalist (violin, viola, electric violin, voice) and composer/arranger Tara Novak has devoted the past 15 years of her life to studying the music of all genres – specifically Irish traditional, jazz, pop, and Americana.

The child of a jazz guitarist/composer and classical pianist in Omaha, Nebraska, Tara was convinced of her career path as a classical violinist – until in her early 20′s, when she heard the Mahavishnu Orchestra, the music of George Crumb, and Ireland’s Bothy Band. These hugely differing uses of the violin sent her on a path to find her own sound, from the studio of international concert violinist Benny Kim to NYC to Berklee College of Music, and eventually across the Atlantic.

Since 2007, Tara has been dividing her time between Ireland and the USA. In addition to working extensively as a soloist, she is also the lead violinist with both the Three Irish Tenors and Druid. She has toured throughout Ireland, the UK, Holland, North America, and the Caribbean, and in the past year alone, has performed as a featured soloist at over 100 corporate, private, and charity events, including the American Ireland Funds, Renault, Failte Ireland, Deloitte & Touche, the UEFA Europa Leauge, Jameson Distillery, Google, Ronald McDonald House, Make A Wish Foundation, Rotary International, To Russia With Love, Sosad, Our Lady’s Hospital Crumlin, ISPCC, Krystle Nightclub, and on!

In addition to her busy performance schedule, Tara is also an active educator, composer, and arranger/orchestrator. She teaches both privately and at Waltons New School of Music in Dublin. Her compositions and arrangements are featured in her own solo show, as well as being performed on tours with the Three Irish Tenors and Druid. She co-wrote three of the tracks on Irish baritone Nyle Wolfe’s album: “Home Ground,” which was released in March 2009.

Tara performs on both an acoustic violin made by Bronek Cison in 1998 and a custom-made 5-string metallic blue Violectra, made by David Bruce Johnson in 2009. 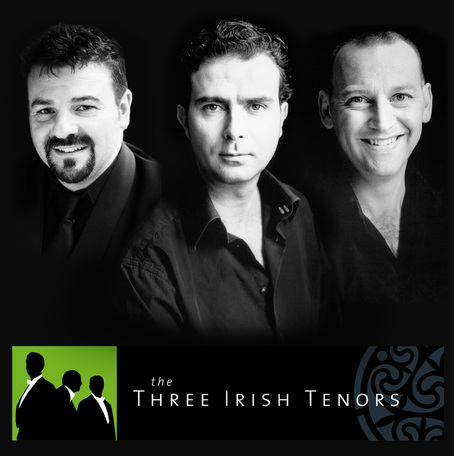 Eugene Ginty, Ciaran Nagle, Tony Norton
Ciarán Nagle’s first real interest in singing began when he was ten, when he played the lead role in a school production of the Gypsy Baron. From that moment, singing and music have always been his passion. Ciarán trained in the College of Music Dublin and in the Royal Academy of Music Dublin. He became a member of the National Chamber Choir of Ireland, singing with them until 1998. Under the baton of Robert Shaw, he performed at NY’s Carnegie Hall in productions of Haydn’s “Creation” and “Seasons.” Ciarán has worked extensively with Opera Ireland, appearing in numerous productions, including: La Cenerentola, Faust, The Magic Flute, La Boheme, MacBeth, Falstaff, and The Tales of Hoffman. A keen fan of musical theatre and operetta, Ciarán has performed such roles as “Gaylord Ravenal” in Showboat, “Ralph” in HMS Pinafore, “Cascada” in The Merry Widow, and “Tony” in WestSide Story.

This led to Ciarán’s appointment in 1998 as the lead male singer of Riverdance, with whom he toured for two years across Europe and Japan. Upon returning to Dublin, he became a founding member of the Three Irish Tenors, which has gone on to win huge national and international success.

Known affectionately as “The Anthem Man,” Ciarán has sung the Irish National Anthem for both the Hurling and Gaelic Football All Ireland Finals in Croke Park to capacity crowds in excess of eighty thousand. He also sang the National Anthem at several world cup qualifiers in Landsdowne Road to crowds of more than fifty thousand people. In 2005, Ciarán sang the “Rose of Tralee” at the final presentation of the globally renowned pageant by the same name, and he has had the privilege of singing the American National Anthem at the invitation of the Pittsburg Steelers in the Heinz Field Stadium. At the 2002 Fourth of July Celebrations in Dublin, he performed with Neil Diamond, singing both the American and Irish National Anthems.

Ciarán is also the producer (and a performer) in "Druid – A Musical Journey" with tours in the US and Europe.

The Music of Ireland will include classes, discussions, meals, private instruction, jamming, and public performances by Ciaran, Tara and participants. Classes, meals and performances will take place in the historic Immanuel Episcopal Church (Stone Church) in the heart of Bellows Falls, Vermont. The church has a full kitchen and dining hall in a pleasant and cool basement, and the sanctuary is a magnificent space with warm acoustics and 9-foot Steinway grand piano. The former parsonage has been updated as The Immanuel Retreat Center, and has accommodations for a limited number of participants at very reasonable prices.

(From the Boston Globe) "Overlooking the Connecticut River on the Vermont-New Hampshire border, Bellows Falls feels like a step back in time. Once one of the largest papermaking centers in the world, the town is replete with grand homes built by titans of the pulp, paint, canal, and railroad companies that operated there more than a century ago. Most of its diminutive downtown - a cluster of red brick buildings, including a multistory clock tower above Town Hall - is listed in the National Register of Historic Places. Water has been the most valuable amenity in Bellows Falls, first making the area a prized Native American fishing spot (ancient Abenaki petroglyphs are carved in rocks by the riverbed), and later spurring the construction of mills, a bridge, and a canal system that turned the town into a hub of transportation and manufacturing. But Bellows Falls had a familiar post-industrial trajectory: By the mid-1900s most local industry had collapsed and the town fell on hard times. In more recent years, economic redevelopment and historic preservation efforts have injected new life into the community. Many of those gorgeous old homes have been restored, and a smattering of art galleries, modest restaurants, cute shops, and cozy inns makes Bellows Falls a quaint destination. "